The difference in the constitution of a person and the tendency to suffer from a disease largely depend on the difference in individual genes. In particular, a one-letter difference in gene base arrays called SNPs is often observed in genomes, and the difference and the variation of individual constitution has been studied in recent years.
In order to analyze these gene arrays, which are familiar as the obesity gene or the cancer gene, convention requires the use of the PCR method to amplify the gene and cut it with a restriction enzyme for analysis. However, since this method handles the gene, it may violate so-called gene patents and takes a lot of time until the analysis. This method uses ligase and circular DNA with about 20 bases in the annealing region before and after the SNP part. Without direct amplification of the gene, a circular or non-circular DNA after the ligase reaction is amplified and the SNP is analyzed according to whether it is amplified of not. Thus, SNPs can be analyzed in a short time without violating gene patents.

Glycolipids are the most important substances for living things after genes and proteins. A tiny amount of them exists in living bodies and plants, building control of cell growth and the memory mechanism in brains.
Among them, glycosphingolipids play an extremely important role in nervous systems. Since only a trace amount is present, conventional purification methods using chloroform or methanol as an extraction solvent have difficulty in high purity and mass processing. Applying dialysis membranes to the excursion of conventional extraction, this invention was successful in the mass purification of glycosphingolipids, mainly including gangliosides. The use of this technique not only enables glycolipid purification that was difficult to extract in a large quantity but also purifies the neutral glycolipids on which conventional refining methods had problems at the same time.
This original technology of glycolipid purification is appreciated, resulting in commissioned R&D from various major companies.

Sugar beets are the raw material for sugar. It was discovered that beet fiber (fiber of sugar beet) discharged from the manufacturing process contains much glucosylceramide. Glucosylceramide is in high demand for cosmetics as a vegetable ceramide and is a very expensive product. Since this finding is material development from a byproduct of sugar refining, and the efficacy of the ceramide itself and the substantial cost reduction compared with conventional ceramides are expected, R&D was commissioned from Nippon Beet Sugar Manufacturing. Development as a health food material was also intended, and only the solvent approved as a food additive was used to extract glucosylceramide from the raw material. While the mainstream glucosylceramide at that time was derived from wheat, development of the extraction of sugar beet-derived allergen-free glucosylceramide was also the first in the world.

By application of our glycolipid technology, the method to extract glucosylceramide from the residue (malt residue) generated in beer production processes was developed. While malt residue was used for livestock feed at the time, much of it was disposed of as industrial waste, and development of an effective way to use the huge amount of malt residue that occurred day after day was initiated together with Orion Breweries, Ltd. and Asahi Breweries, Ltd. It was also selected as a project of industry-government-academia joint research of Okinawa Prefecture and a consortium in which the University of the Ryukyus and the Industrial Technology Center of the prefecture took part and promoted the study to successfully develop the vegetable ceramide powder as a health food material from malt residue. Our role was not only modification of the extraction method but also construction of an overall production system, including introduction of a cycle extraction system to reduce the production cost.
Though up to product samples were created, the amount of malt residue sharply decreased due to the rise in the malt price and the low malt and the third beers that became the mainstream, and the commercialization of this product as a health food was postponed.
As for research into the medical material conducted with the University of the Ryukyus as an industry-government-academia joint research, it was found during the joint research that the malt-derived glucosylceramide induced apoptosis (cell death) specifically to tumor cells. While it has traditionally been known that ceramides triggers an apoptosis cascade, this action of induction specifically to cancer cells was not observed among glucosylceramide derived from other materials, and it is an effect particular to the malt-derived one. Possible application in anticancer drugs is expected, and clarification of the mechanism is continuously addressed now.

Sales of Peucedanum japonicum Thunb. as a health food was initiated on a massive scale. The plant has traditionally been eaten in Okinawa as a medical herb for a long life as a garnish for sashimi and simmered dishes.
Currently, two types of products are available: tablets and drinks. However, chlorogenic acid and rutin, which are the major components of the plant, are not condensed so much (around 1.4 to 1.7-fold). The company wanted to develop the raw material where the available component was condensed 3 to 5-fold for further enhancement of the effect and commissioned it to another manufacturer, which judged that a higher condensation level than the current condition was difficult. Then, the company requested the development from DNA Bank Retail, which had original expertise and actual achievements in extraction and condensation of plant essences.
Since such products were already sold in the market, the difficult challenge was only condensation of the available component without raising the production cost. The basic flow with the dry leaves of the plant as an ingredient and warm extraction by the solvent was not changed, and the extraction solvent, temperature, and time were controlled well, resulting in successful condensation of the available component up to about 5-fold. The prototypes are now created in the plant.

In the health food boom, we were consulted on deployment of original coffee products whose concept was to drink it to be healthier and commissioned to develop coffee where available components of coffee beans were strengthened. We focused on chlorogenic acid, a kind of polyphenol that exists in green beans but is decomposed to vanish after roasting. Chlorogenic acid not only has great antioxidant capacity but also a function of the available component for the so-called fat burn by drinking coffee. For the ingredient of the new functional coffee, the extraction method of chlorogenic acid from green coffee beans was established; the substance was powdered by spray drying and commercialized.
This contract not only involved product development but also the study of much evidence by testing the antioxidative potency on active oxygen removal and fat burn efficiency using human fat cells. Subsequently, the powdered chlorogenic acid was mixed into drip coffee beans after roasting for actual products.
Now, the Café Suppli Series Polyphenol Coffee has become a hit product with annual sales of more than 100,000 bags.

Gangliosides specifically exist in nerve cells and have an important role in memory and protection of nerve cells. The great function gains attention also in the world, used in clinical practice as an epoch-making curative for patients having spinal cord injury (nerve reconnection agent) and studied and developed as a medicine to treat Alzheimer’s disease.
Basically, the nervous system gangliosides only exist in animals, and they are extracted from bovine brains and purified. However, the safety concerns as well as very expensive prices prevented the use as a health food material.
By application of our original method of glycolipid extraction, glycolipids were extracted from diverse plants (mainly root crops), purified and analyzed and a substance similar to a nervous system ganglioside GM1 was discovered in Ipomoea batatas sp. Since the sweet potato is a specialty product of Okinawa, the study as an industry-government-academia joint research of Okinawa Prefecture was also initiated. After identification of function to promote dendrite elongation of nerve cells, acetylcholinesterase activation in nerve-like cells, effect of increasing memory of old mice, and memory recovery effect on amnesia model mice, the vegetable gangliosides were developed as the world’s first health food material. Thankfully, the people reported a wide range of functions on nervous systems, including the effect on frequent urination in addition to memory.

While moromi vinegar was recognized as a healthy ingredient, development of 100% moromi vinegar-derived powder was requested because many customers avoided it due to the flavor and it was not present in the market at the time.
Since moromi vinegar is rich in amino acids and hygroscopic, it cannot usually been turned into powder without mixing an excipient. However, adjustment of solvent and temperature for extraction and the use of freeze-drying in the manufacturing process achieved development of 100% moromi-derived powder.
Now, it is sold by ESS, a major company of cosmetics and health foods, as Moromi vinegar soft capsule type. 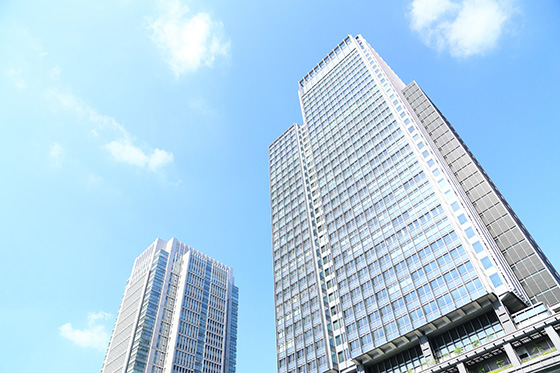 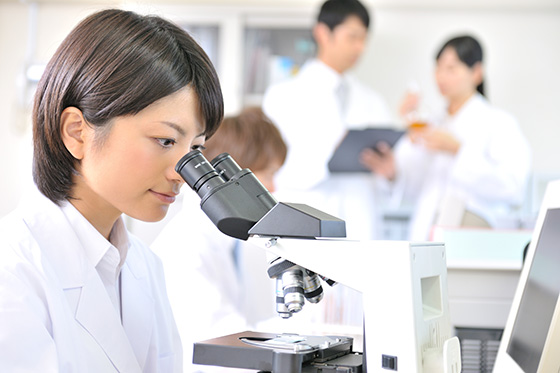